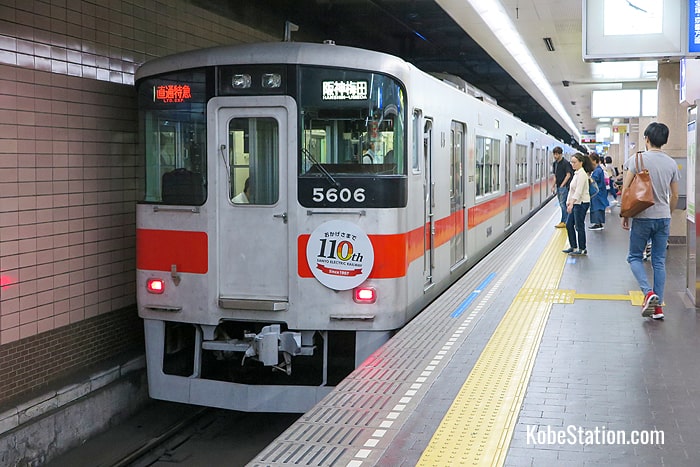 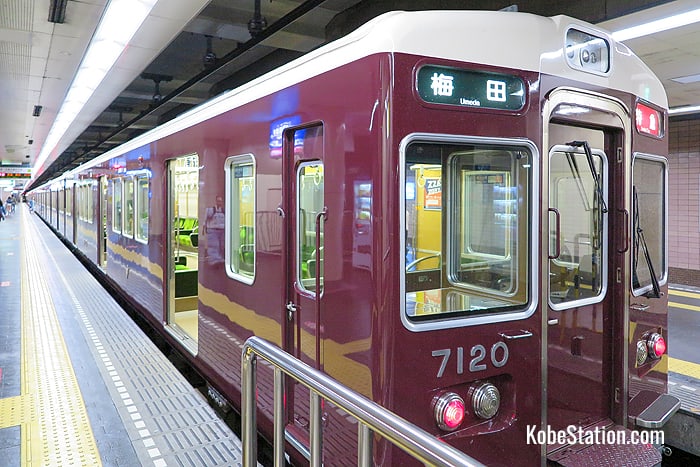 However, the official names “Tozai Line” and “Namboku Line” are not actually used in any railway stations. On station maps, fare charts, and on ticket machines the whole network is simply called the Kobe Kosoku Line. 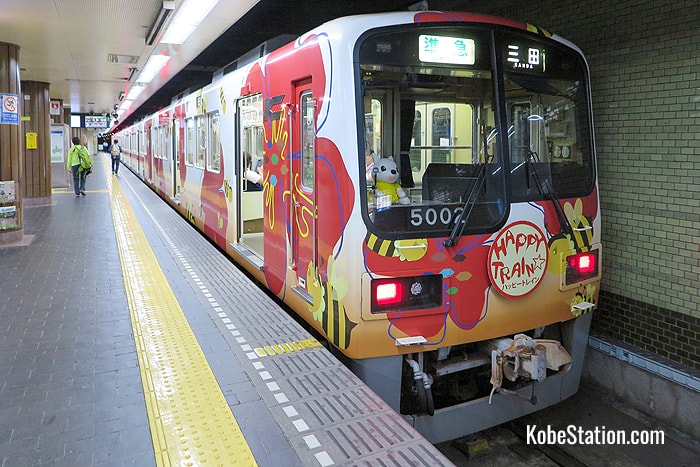 The Tozai Line is the main line of the Kobe Kosoku network. It runs eastward from Nishidai Station in the west of the city to Kosoku Kobe Station in central Kobe. Here the Tozai Line splits into two branch lines: one bound for the Hankyu network and one bound for the Hanshin network. At Nishidai Station the Main Line connects with the Sanyo Dentetsu Main Line. Running west-to-east the stations are:

The Tozai Hankyu Branch Line runs from Kosoku Kobe Station to Hankyu Kobe-Sannomiya Station where it connects with the Hankyu Kobe Line. Running west-to-east the stations are:

The Tozai Hanshin Branch Line runs from Kosoku Kobe Station to Motomachi Station where it connects with the Hanshin Main Line. Running west-to-east the stations are:

The Namboku Line has just two stations. It runs north from Shinkaichi Station on the Tozai Line and joins the Shintetsu Arima Line at Minatogawa Station. Only Shintetsu trains run on this line. Running south-to-north the stations are: 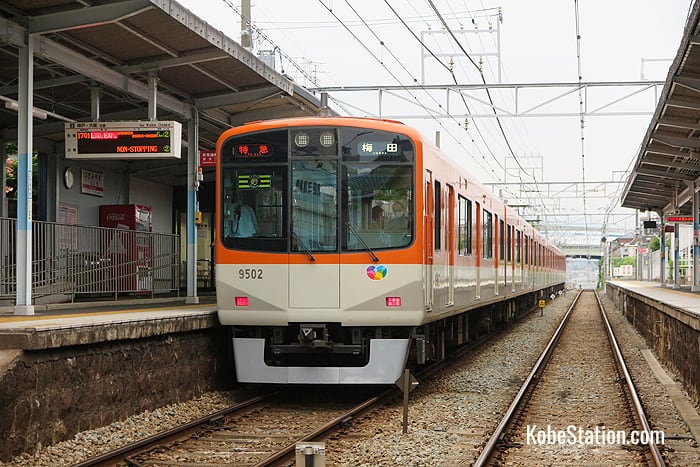 A Hanshin train at a Sanyo Dentetsu Station. Thanks to the Kobe Kosoku Line these railway companies can use each other’s lines

Hankyu Railway runs through services on the Hankyu Kobe Line from Hankyu Osaka-Umeda Station as far as Shinkaichi Station on the Kobe Kosoku Tozai Line.

This station connects the Tozai Line with the Sanyo Dentetsu Main Line.

This station is a 1-minute walk from Nagata Station on the Seishin-Yamate Subway Line.

This station is an 11-minute walk from the Kobe Harborland commercial district. Kobe Harborland features many shops and restaurants, a Ferris Wheel, and the Anpanman Children’s Museum.

This station on the Hankyu Branch Line is a 10-minute walk from Kobe’s Meriken Park. This pleasant waterfront park has two main attractions: Kobe Port Tower and Kobe Maritime Musuem. Kobe Port Tower is 108 meters high and has observation decks offering panoramic views over the city and its harbor. There is also a rotating café on the 3rd floor. The tower is open from 9.00 to 21.00 between March and November and until 19.00 between December and February.

Kobe Maritime Museum has models and exhibits showing the history of the international port of Kobe. The museum is open between 10.00 and 18.00 and closed on Mondays (or the following day if Monday is a national holiday) and during the New Year holidays (December 29th to January 3rd). Last entry to both the tower and the museum is 30 minutes before closing.

This station is also a 3-minute walk from Minato Motomachi Station on the Kaigan Subway Line.

This station on the Hanshin Branch Line is very convenient for the Motomachi Shopping Arcade and for Kobe’s Chinatown (also called Nankinmachi).

These two stations are a 5-minute walk away from each other in the Sannomiya district, which is Kobe’s main transportation hub. Nearby attractions include Ikuta Jinja Shrine, which is one of the oldest shrines in the country, and Kobe City Museum, which displays historical and archaeological exhibits as well as art. The shrine is free to enter. Kobe City Museum is open from 9.30 – 17.30. Admission to the ground floor historical exhibition is free and costs 300 yen for the 2nd floor art collection.

When buying tickets on Kobe’s private railway networks, first check the fare chart above the ticket machines. The fare chart will show you the railway company for your destination and the fare. 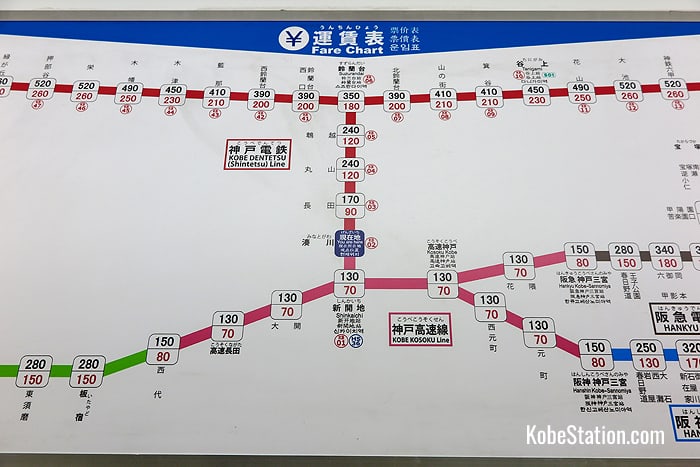 On the ticket machine choose the railway company first and then choose your fare. 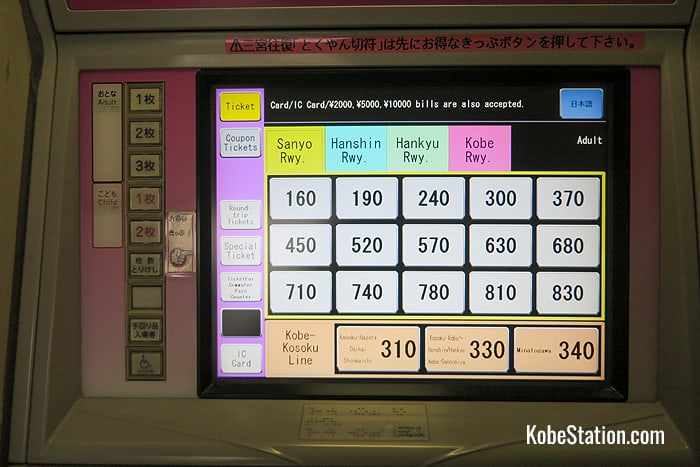 To plan your journey on the Kobe Kosoku Railway network and on other private railways use English language online route finders like the Japan Transit Planner or Hyperdia.