Sanyo Dentetsu Main Line is a private railway line that connects destinations in the cities of Kobe, Akashi, and Himeiji. Within Kobe it provides access to the western part of Kobe which includes Suma-dera Temple and Suma Beach. 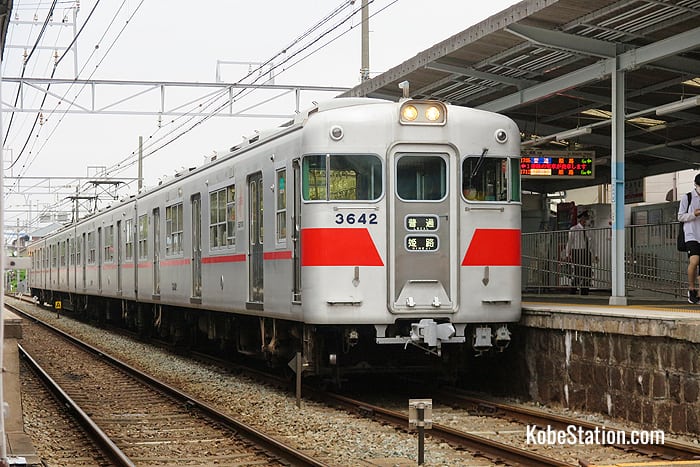 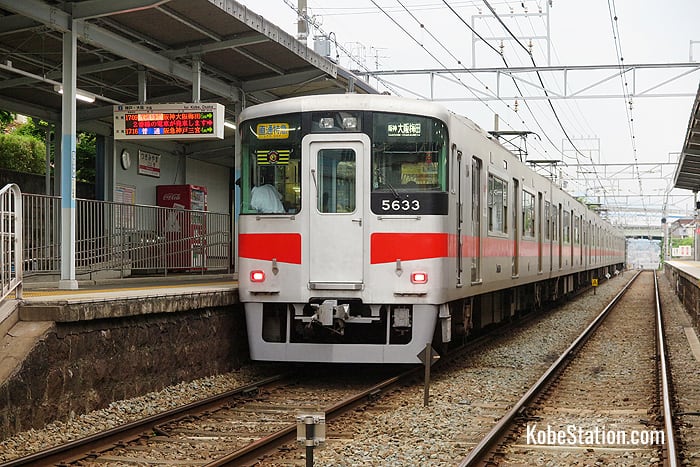 The Japan Rail Pass does not cover the Sanyo Dentetsu Main Line because it is a private railway line. It should not be confused with the JR Sanyo Main Line or with the Sanyo Shinkansen.

There are 43 stations on the Sanyo Dentetsu Main Line, which runs between Nishidai Station in Kobe and Sanyo Himeiji Station in central Himeiji.

The key destinations and transfer points are listed below with example train fares and journey times given from Nishidai Station. 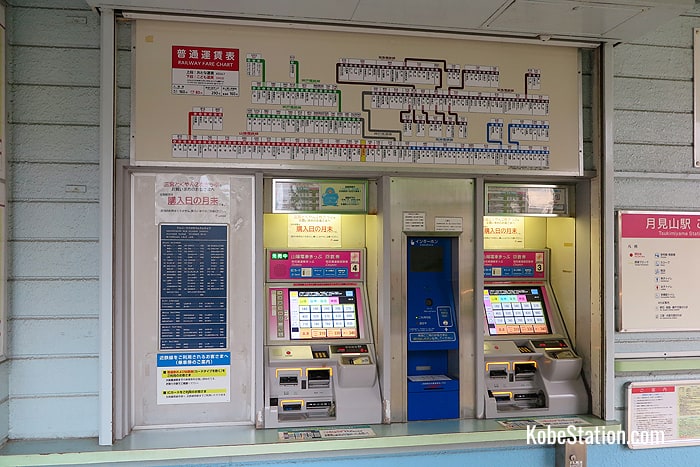 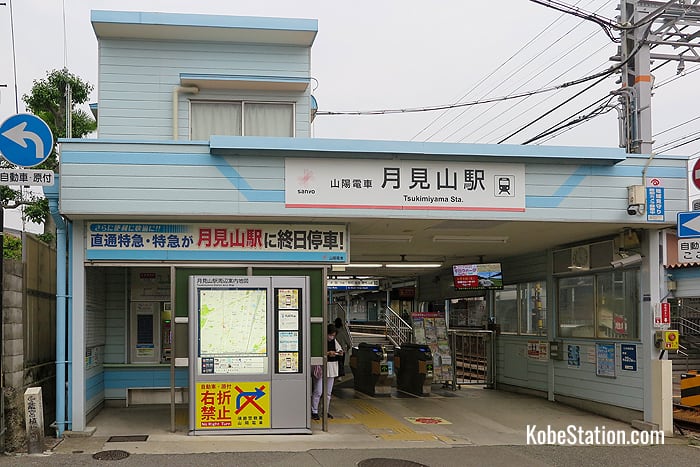 Exit here for Suma Rikyu Park. This is an expansive park with a rose garden, lawns, a children’s play area, and a restaurant. The park is a 5-minute walk from the station.

Exit here for Suma-dera Temple. This Buddhist temple dates from 886 and has spacious grounds with many graceful buildings that include a three-story pagoda. The temple also has a garden with statues of two samurai on horseback which commemorates a famous battle of the Genpei War (1180–1185). The temple is a 6-minute walk from the station.

Exit here for Sanyo Beach. This is Kobe’s main beach and is peaceful for much of the year until the summer season when it becomes extremely popular with sun-bathers and swimmers. The beach is a 7-minute walk from the station.

This station is also a 4-minute walk from Suma Station on the JR Kobe Line.

This station provides immediate access to Sumaura Park. This is a scenic park of pine and cherry trees which is popular during the cherry blossom season. Sumaura Sanjo Yuen Amusement Park is located inside the park and can be accessed by cable car. The amusement park includes a sightseeing lift, an observation tower, and attractions for small children such as the cycle monorail and “Minicar Land.”

This station is a 5-minute walk from Goshikizuka Kofun, a giant burial mound which is believed to date back to the 4th century. Visitors can climb to the top of the mound from where they can see Awaji Island and the Akashi Kaikyo Bridge.

This station is a 7-minute walk from Maiko Park. The park is a popular cherry blossom viewing location and also a good spot to view the Akashi Kaikyo Bridge. The bridge, which links Kobe to Awaji Island, is the world’s longest suspension bridge. Akashi Kaikyo Bridge Exhibition Center at the foot of the bridge is a 10-minute walk from the station. The Center has detailed displays about the bridge’s construction. There is also a walkway on the bridge itself called Maiko Marine Promenade which leads to an observation lounge.

This station is also a 5-minute walk from Maiko Station on the JR Kobe Line.

This station is a 5-minute walk from Okura Beach. This is a popular summertime location with barbecue facilities and views of Akashi Kaikyo Bridge.

Exit here for Akashi Municipal Planetarium. The planetarium is a 3-minute walk from the station and has a planetarium dome, an exhibition hall, and an observation deck. Behind the planetarium is Kakinomoto Shrine which dates from 887 and is dedicated to the god of poetry. Beside the shrine is Gesshoji Temple, which has a history dating back to 811 and is dedicated to Kannon-sama, the Buddhist spirit of mercy. Both the shrine and the temple have pleasant grounds and several historic buildings.

Exit here for Akashi Park. The park has spacious lawns, flower gardens, a boating pond, and over 1,000 cherry trees. Inside the park are the ruins of the 17th century Akashi Castle. Two three-story towers of the castle have been restored and can be visited on public holidays and weekends. The park entrance is a 5-minute walk from the station.

Exit here for Hayashizaki Matsue Beach, a popular summer swimming spot with barbecue areas and a great view of the Akashi Kaikyo Bridge. The beach is a 6-minute walk from the station.

This station is a 7-minute walk from the White Oak Distillery of the whisky maker Eigashima Shuzo. Tours of the distillery can be organized by contacting the distillery in advance.

This station is a 15-minute walk from Himeji Castle. The castle is a UNESCO World Heritage Site and one of only 12 original medieval castles to have survived World War II. Widely considered Japan’s most beautiful castle, Himeji Castle is also known as Shirasagi-jo or “White Heron Castle” because of its elegant white walls. Other attractions in Himeji are the Kokoen Garden and the large mountain temple of Shoshazan Engyoji.